… is situated on the north shore of Lake Ontario, within an hours drive of both Toronto and Niagara Falls.  This beautiful city has over 155,000 residents and covers 73 square miles.

Fantastic Lifestyle - Burlington is the place to be!

The area, now known as Burlington  (the name is apparently a corruption of Bridlington, a town in Yorkshire, England) was awarded in 1798 to Joseph Brant, a Mohawk Chief, as a reward for his services to the British Crown during the American Revolutionary War.  In 1914, the Village of Burlington became a town and in 1974 Burlington was incorporated as a city. 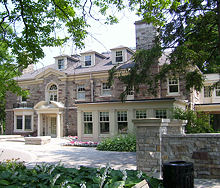 ​Points of interest in Burlington include the numerous natural waterfalls and 2 naturally occurring magnetic hills.

Special attractions and activities for the whole family include The Sound of Music Festival, Burlington Jazz n' Blues Festival, Art in the Park, Lakeside Festival of Lights and the Rotary Ribfest.  Burlington is also the home of The Royal Botanical Gardens which has the world’s largest lilac collection.